5 Reasons Why I've Switched to Slash

Tasks lists are divisive. For some, it's how they plan their year, write multiple bestsellers, and how they met the love of their life.

My to-do quickly builds up look like the hours of unwatched TV programs on my DVR. Promises of 'me-time' unfilfilled. Even when I cross an item off of the list, the other 9-no, let's be honest, -29 other to-do shake their fists at me saying "What about me? Where's my checkmark?"

In the early 2000s, software development moved towards agile methodologies; with them came the Kanban board. Think of a to-do list, typically with four lanes: things to do, things doing, things stuck, and things done. Tasks became cards and Post-It notes that were shuffled among the columns. It helped provide clarity on what was done, what needed more attention, and, importantly, prevent someone from taking on too many tasks at once.

Once people saw the success of the boards, there was a wave of apps and books to bring Kanban down to a personal levels. This worked for me for a while, but then I started having boards for various projects, and after a while, I was just managing the boards themselves. Plus I kept adding to the list of 'things to do' which started giving me the same stink eye as my unwatched TV programs. I needed something different.

I came across Slash in a newsletter toward the end of last year. My first response was "like we need another 'productivity app'. My current workflow wasn't working, so I thought it'd be something to try. Slash lets you try it out with 50 tasks which I found plenty. Here's a few of the reasons why I've stuck with it: 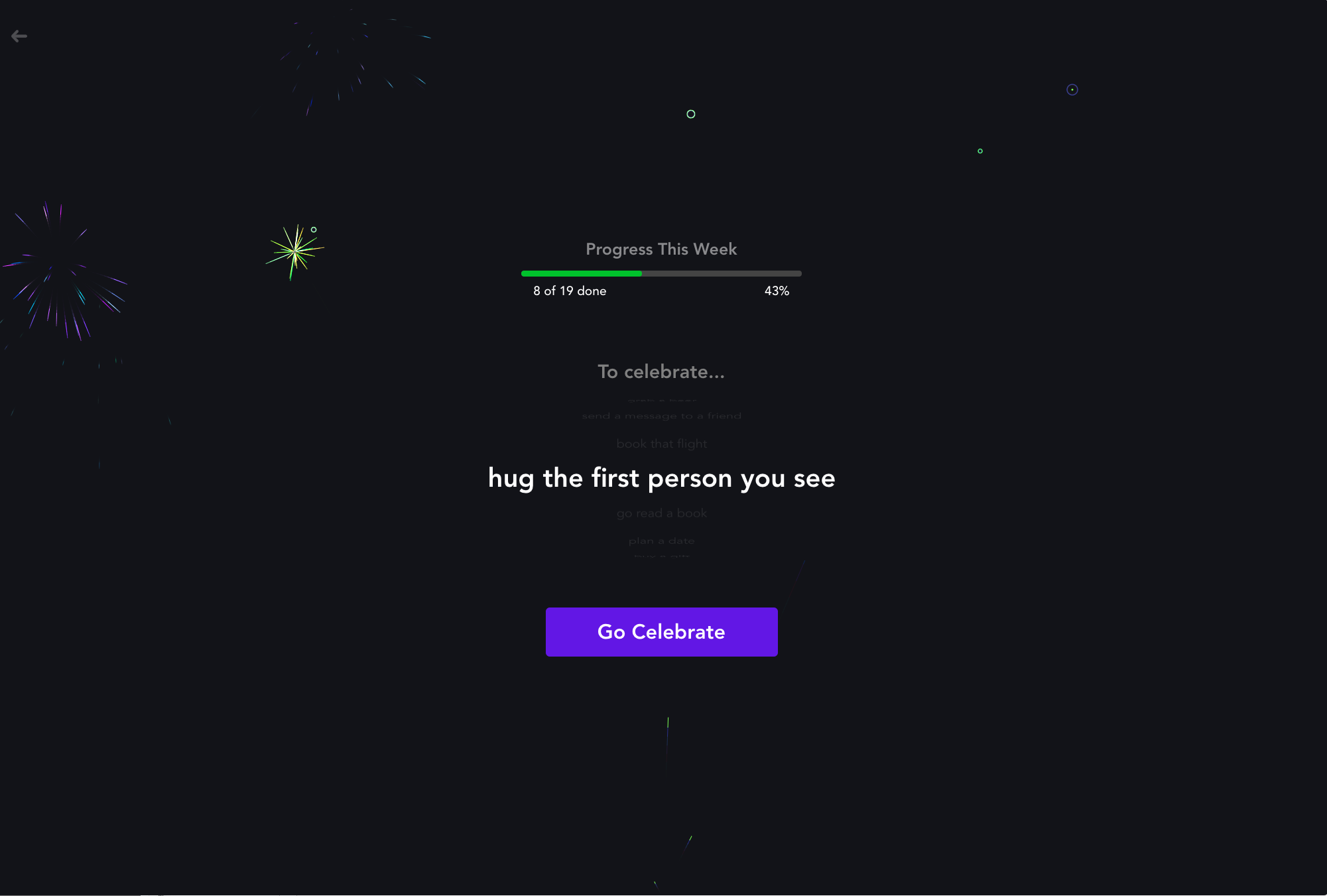 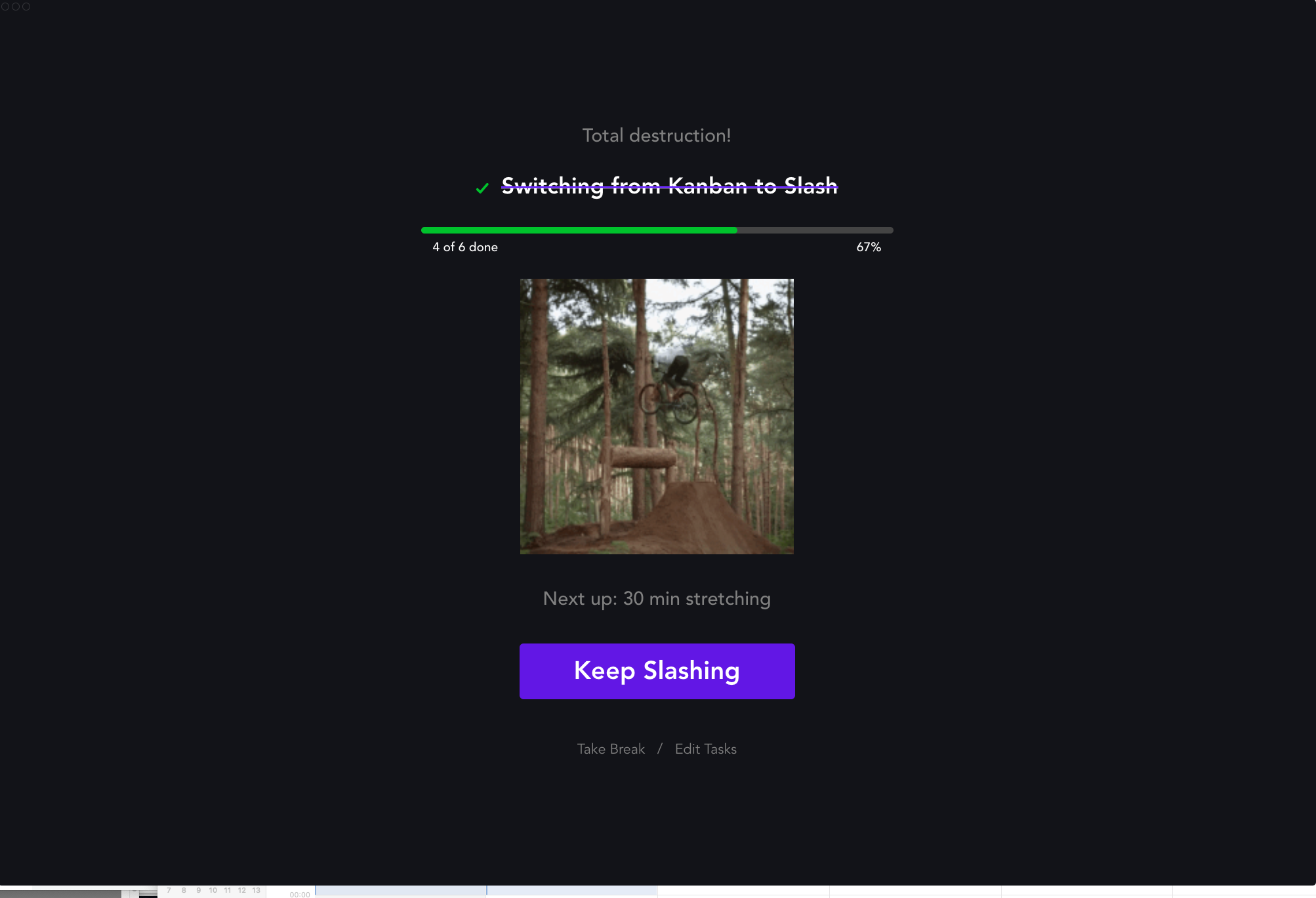 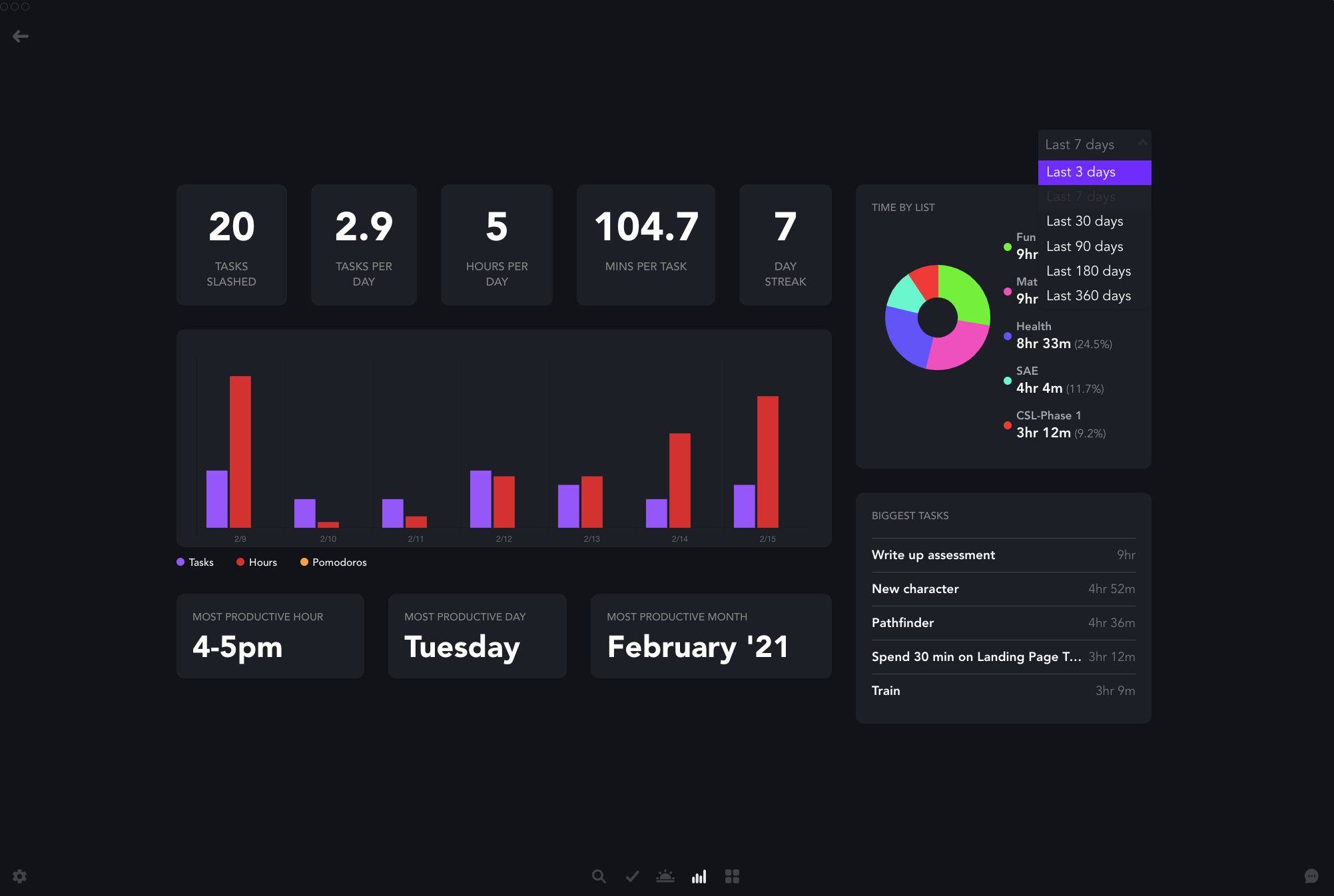 If you are looking for something that's like a to-do app-but with less judgment- check out Slash, and enjoy checking things off your list again.